Our People at Caveat Solicitors in London 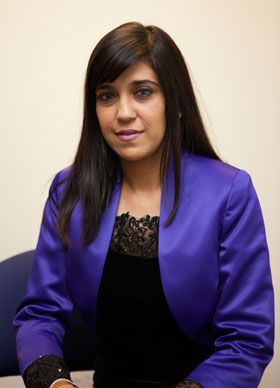 Rehana is the Principal and founder of Caveat Solicitors. She qualified as a solicitor in 1998 after training at a West London based specialist family practice where Rehana was made a partner and worked continuously until 2010. The stability of working at one firm for so many years provided Rehana with a wealth of experience in not only legal case work but also enhanced her management skills which is why she is able to run and manage Caveat Solicitors so effectively.

Rehana has worked in the areas of Family and Child Care law since training in 1996 and has been a member of the Law Society Childrens Panel since 2003. She is also a Specialist Accredited Member of Resolution since 2010 with specialist knowledge in the areas of children and domestic violence.

Rehana has volunteered for Rights of Women working on their telephone advice line, helping and advising some of the most vulnerable people of society. She also runs legal advice surgeries for charities around London providing pro-bono advice to vulnerable clients including those affected by domestic abuse.

Rehana has dealt with a broad spectrum of cases representing parents, grandparents and other adult parties in both public law and private law proceedings involving children.

She has specialist knowledge and experience in dealing with non-accidental injury cases and has dealt with a number of complex and high profile cases involving the controversial shaken baby syndrome. In all of these cases Rehana has successfully represented the clients to rehabilitate children back to parental care. Her experience and knowledge of criminal defence work has enhanced Rehanas expertise in advising clients with related parallel criminal proceedings.

Rehanas current case load consists of both public law and private child care matters, many with international and cultural issues; she has also had a significant case load in the past involving Chinese nationals and has developed an effective understanding of working with clients from different ethnic backgrounds who may not be familiar with the legal procedures. She has also dealt with cases where domestic violence is involved, representing clients in various fact-finding hearings.

In her spare time Rehana enjoys spending time with her family as well as travelling and cooking. Rehana has also taken part in judicial dry run exercises and is hoping as a progression of her legal career, to apply for a judicial position in the near future. 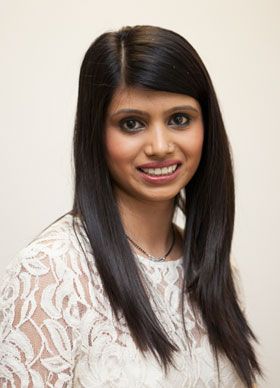 Niral is a highly qualified solicitor in the Family and Child Care Department. Niral joined Caveat Solicitors in 2012 and was appointed as a director in 2013. Niral is a member of Resolution and will be applying to become a member of the Law Societys Children Panel for a specialist accreditation in the area of Children Law.

She has a keen interest in representing parties in matters involving children and has specialised in this particular area since qualification. Niral is confident in undertaking all areas of Family work and especially matters within Children Act proceedings. She continues to represent parents, grandparents and other family members. Where, and if possible, Niral will undertake her own advocacy.

Whilst in practice Niral has covered various areas including residence, contact, specific issue, prohibited step order and obtaining parental responsibility orders. Recently, Niral has undertaken cases where there have been complex international issues and abduction issues. Niral has also undertaken work where domestic violence has been an element and dealt with cases involving non-molestation orders and occupation orders.

Her main interest however lies in representing parents and adult parties where the local authority are involved such as applications for care orders, supervision order, placement orders, emergency protection orders and special guardianship orders. Niral is extremely committed to the area of Public Law Children matters and has been instructed on various cases where there are complex issues such as non-accidental injuries caused to a child, concurrent criminal proceedings, and cases with over 10 children involved and where there are issues of mental health and litigation capacity.

It is essential for Niral that she has a good rapport with her clients and a relationship of trust. Niral achieves this through her understanding nature, friendly manner and ability to give sound legal advice which provides the client with confidence in Niral. This has led to clients returning to Niral and referring her legal services to others.

Niral has been able to form strong relationships with local organisations and has been on hand to provide legal advice to both the organisation and the individual seeking assistance often on urgent basis. This has led to organisations having the confidence to contact Niral and Caveat Solicitors as and when required with the reassurance that quality advice is given. This has also allowed Niral and other members of the Caveat Solicitors team to work towards ensuring that everyone has some form of access to legal advice and assistance irrespective of their circumstances.

Pooja joined Caveat Solicitors in September 2012 and is currently heading the Immigration department. She is a qualified solicitor and supervisor.

Pooja qualified as a solicitor in 2010 after completing her part time LPC at BPP Law School, Holborn, London. She read law at the University of Westminster, London. Pooja is a qualified as a Level 2 senior caseworker and supervisor under the Immigration and Asylum Accreditation Scheme.

Pooja is able to deal with Immigration and Asylum applications through to Judicial Review.

Pooja advises employers on how to apply for sponsorship licence applications and advises employers on how to issue certificates of sponsorship which include Tier 2 and Tier 5 migrants, as well as the intra-company transfers. She has a wealth of experience in all areas of business immigration law including the Points Based System (PBS), and keeps herself up to date with the latest developments in order to guide clients through the immigration process.

Pooja holds an enhanced CRB and has experience of working with unaccompanied minors, victims of domestic violence and detained persons, including the detained fast track process. She has helped many clients and has obtained successful outcomes for them in various applications.

Pooja undertakes her own advocacy at the First-tier Tribunal and has previously assisted clients in relation to their Asylum appeals, Human Rights appeals, bail applications, spouse refusal appeals, student appeals and many more.

Pooja is fluent in Punjabi, Hindi and Urdu; she is interested in travelling and enjoys cooking. 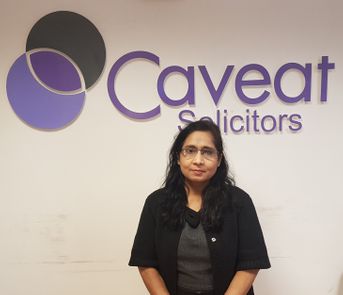 Sabiha qualified as a solicitor in 2011 and specialises in all areas of immigration law. She has a masters degree in International Business & Commercial Law from the University of West London (UK) 2013.

She passed the QLTT, BPP professionals and College of Law, UK 2010. Sbiha has an excellent rapport with her clients and achieves outstanding results for them, making her an increasingly popular member of the immigration team. 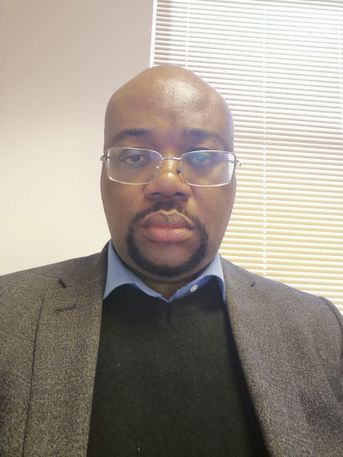 Felix qualified as a Barrister and Solicitor of the
Supreme Court of Nigeria since 1999.

He re-qualified as a Solicitor of the senior Courts of
England and Wales in 2010 and he holds a Masters (LLM) degree from University of Westminster (2017) in International and Commercial dispute resolution law.

Felix is accredited under the Law Society’s
Accreditation Scheme as a Level 2 Senior Immigration Caseworker which is a field that he has been heavily involved with throughout his legal career in the
United Kingdom.

He is passionate about all aspects of immigration/asylum law and has an enhanced CRB status which permits him to
represent unaccompanied asylum seeking children and other vulnerable immigrants.

Felix has a wide knowledge of immigration/asylum law
and is experienced to deal with matters such as entry clearance/refugee family reunion applications, further leave, “outside of the rules” and Indefinite
Leave to Remain (ILR) applications, domestic violence applications involving
EEA nationals and their family members, detained casework, bail applications
and appeals. He is also experienced in PBS and Judicial Review applications and
he does most of his advocacy at the Tribunals. 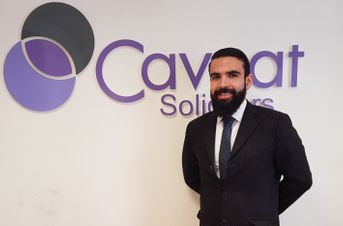 James Liasis is a Criminal Defence Law Solicitor and currently is the Supervisor of our Criminal Department. He has achieved vast success early on in his career. After training at a leading Criminal Law Practice and qualifying in 2012 he has achieved Duty Solicitor status, Supervision status, as well as Higher Rights of Audience and is currently applying to be a Very High Cost Case (VHCC) Supervisor. He has attended a large amount of police stations including representing Defendants facing serious charges including drug conspiracies and murder. He also attends the Magistrates court regularly to act in criminal proceedings.

James now conducts as a Solicitor some of the most serious and large scale matters including Murder and Fraud, in and out of London, and is continually growing his reputation in ensuring success in such cases.

Whilst conducting the above, he has also amounted a diverse rapidly growing client base that ranges from Professional clients to Chinese clients and Brazilian clients to Young Defendants, but by no means limited to these, by ensuring maximum effort is given to all clients and the preparation of their case.

He can act in all Criminal Defence matters including Police station, Magistrates and Crown Court representation as well as confiscation, cash seizure, referrals to the CCRC and appeal hearings.
He works closely with many high level barristers including Queens Counsel each specialising in their own practice areas which can suit all client’s needs.

In his spare time James enjoys watching his beloved Arsenal where he has had a season ticket for over 15 years. He enjoys keeping fit at the gym as well as playing football and boxing. He also is an avid runner and completed 5 half marathons and 2 full marathons raising a substantial amount of money for charity.

We have many other solicitors and admin team enabling us to provide you with experience, expertise, skill and the highest standards of client care, this includes: Jahangeer Choudhry [Office Manager], Tasleem Bhatti [Reception & Admin Manager]

Call us today on the number listed at the top of this page for more information on how any of our highly qualified staff can assist you. 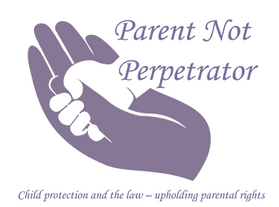 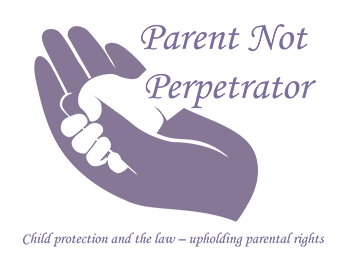